Conveyancing is the legal process of transferring ownership of a legal title of land (property) from one person or entity to another.

Buying or selling your home, investment property or land might be one of the biggest financial transactions you make. Our experienced team of conveyancers and property lawyers make the transfer of a property a smooth process and importantly, legally compliant.

The decision about whom to engage to provide assistance with this property transfer can often be driven by price, often without a thorough understanding of what lawyers and conveyancers can offer you, the client. Our qualified lawyers have in depth legal knowledge of property law to protect your interests.

Buying or selling a property

Your contract of sale will have a list of items covered including you and your agent’s contact details, address of the property, selling price and the name of buyer and their contract agent. You would also list the fixtures and fittings that come with the property, any exclusions, details of easements, date of settlement, deposit, payment and loan conditions and a cooling off period.

Property transactions can be daunting, especially the first time, and selling is a little more complex than buying a property. When selling your property, we take care of the entire process. Providing expert legal guidance through each one of the steps that make up the property transfer process; from preparing your Contract of Sale, to conducting planning and title searches and discussing any special conditions.

Before you make an application, your first step is to engage a licensed surveyor to develop a plan of subdivision. In Victoria you need to apply for a planning permit for development with subdivision via SPEAR. On the SPEAR site you can get information on residential subdivisions, building envelopes, bushfire management overlays and planning practice notes. All of these factors need to be considered before you go ahead with subdividing.

Updating a Certificate of Title

You may need to update or change the title of your real estate if you have sold it, if the owner or mortgagee dies or if you have changed your name and or address or if you have paid the mortgage off in completion. No matter where you live in Victoria, we can manage the change and lodgement of your Certificate of Title.

Obvious signs of long-term uninterrupted occupancy include making improvements on and fencing the land, changing the locks to any improvements or to any fences on the land and paying rates assessed on the land.

Adverse possession claims commonly arise when fence lines do not align with title boundaries or land adjacent to a property is used without the true owner’s objection.

We are skilled in preparing adverse possession applications and assisting you with collecting and preparing the appropriate evidence, including introducing you to estate agents and surveyors with the necessary experience and expertise, to ensure your adverse possession claim is a success.

Since 1999, conversion from General Law to a Torrens title is compulsory. Our Bendigo property lawyers can assist you with the general law conversion on your property so you have a title with a State Government guarantee of registered interests.

Registering, changing or removing an easement

You may need to register an easement if you need access through a neighbour’s property to access your land, to run a gas line to your property or to put in a storm water easement.

One way to remove an easement, especially if it is old and irrelevant to the current day usage of the land, is to file a quiet the title application. It would take legal action to quiet the title and supposing there were no objections from neighbours or authorities, easement can be removed. An example would be an old irrigation easement running through your property that is irrelevant to the area as it is old and the land has been changed from farming land and developed for residential purposes.

An easement can expire, especially if the company or relevant authority no longer accesses the facility on your land. If the easement has expired or been abandoned you can legally claim the land. In the situation where an easement through the neighbour’s land (dominant property), such as a driveway is the only access to another property (servient property), this easement can be terminated if the dominant neighbour buys the servient property and absorbs the land into one property.

If you need to register, change or remove an easement, Robertson Hyetts have expert property lawyers who can take care of all the complicated filing of paperwork, advise you on your rights and responsibilities and take care of your interests.

In order to minimise the incidence of fraud, we are required to verify your identity during property transactions. Verifying your identity is required for both vendors and purchasers.

The Sale of Land Amendment Act 2019 came into effect on 1 March 2020.  This Act provides that a person must not knowingly conceal from a prospective purchaser any material facts about a property being sold.

What is a Material Fact?

A material fact is one which would be important to a purchaser in considering whether to purchase a property and which would ultimately influence that decision and the price they would pay.

A fact would be a ‘material fact’ if the fact results in the property being rare or unusual, or if knowledge of the fact would impact a potential purchaser’s willingness to purchase the property.  A fact may also be considered material if it is of particular significance to a purchaser such that the purchaser had specifically asked questions about the fact.  As a result, the sensitivities of particular purchasers need to be considered by vendors.

Some examples of a material fact could be if the property had:

What are the Penalties of failing to disclose a material fact?

Any person who publishes any statement, promise or forecast which conceals any material fact and is found guilty could face a maximum penalty of $19,826.40 or up to 12 months imprisonment. This could apply to vendors, their agents, solicitors or conveyancers.

Conveyancing is the legal process of transferring ownership of a legal title of land (property) from one person or entity to another.

What is a vendor statement?

A vendor statement – also known as a section 32 statement – is a document that tells potential buyers certain things about the property title they should know before signing a contract to purchase.

There are many safeguards in place to make the process as secure as possible. Only authorised firms and individuals can access PEXA and sign off on settlements and a unique digital signature is required to be inserted into the signer’s computer. PEXA has even provided a seller guarantee in respect of the sale of residential property where the vendor’s funds are misdirected after the vendor’s representative has entered the correct bank account details into the PEXA platform.

Do I have to attend settlement?

There is no requirement to attend a physical settlement. Generally settlements will take place electronically using PEXA. PEXA settlements provide additional benefits, including:

What is an eCT and is it safe?

Who has control of an eCT? 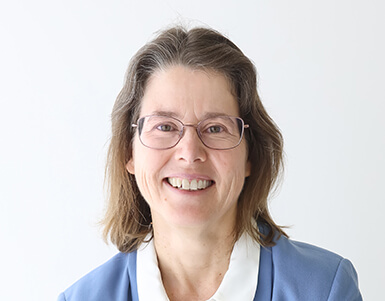 Janelle has been practicing law for 28 years, with the last 12 years spent assisting property developers through all stages of the development from the acquisition of land, marketing, off the plan contracts, subdivisions and associated agreements and certifying pre-sales for construction finance. This experience has allowed Janelle to understand the property industry and the demands that are placed on property developers. 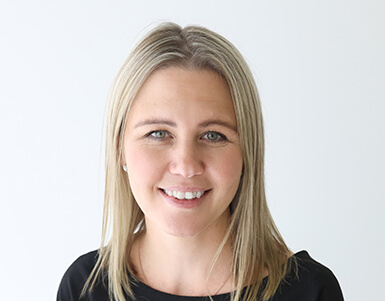 Having been raised in Armidale, NSW, Anna loves country living. She has been practicing law for 10 years and has a background in litigation where she prepares documents and structures and determines the best outcomes for her clients by ensuring certainty and clarity from the outset. 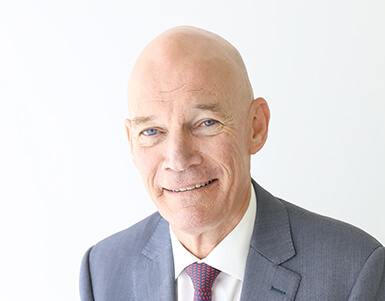 John has been practicing law for over 40 years. He was raised in Clare, SA before attending the University of Adelaide and then working in SA, VIC and overseas in Qatar. For the last 2 years, he has been based in our Castlemaine office.

Is a Granny Flat Agreement right for us?

Intellectual property rights and your business

Bank of Mum and Dad

If you can’t make it to either of our offices, we’re happy to meet with you online to discuss your needs.

We acknowledge and extend our appreciation for the Dja Dja Wurrung People, the Traditional Owners of the land that we live and work on, and pay our respects to leaders and Elders past, present and emerging.

Liability limited by a scheme approved under Professional Standards Legislation.

We use cookies on our website to give you the most relevant experience by remembering your preferences and repeat visits. By clicking “Accept All”, you consent to the use of ALL the cookies. However, you may visit "Cookie Settings" to provide a controlled consent.
Cookie SettingsAccept All
Manage consent

This website uses cookies to improve your experience while you navigate through the website. Out of these, the cookies that are categorized as necessary are stored on your browser as they are essential for the working of basic functionalities of the website. We also use third-party cookies that help us analyze and understand how you use this website. These cookies will be stored in your browser only with your consent. You also have the option to opt-out of these cookies. But opting out of some of these cookies may affect your browsing experience.
Necessary Always Enabled
Necessary cookies are absolutely essential for the website to function properly. These cookies ensure basic functionalities and security features of the website, anonymously.
Functional
Functional cookies help to perform certain functionalities like sharing the content of the website on social media platforms, collect feedbacks, and other third-party features.
Performance
Performance cookies are used to understand and analyze the key performance indexes of the website which helps in delivering a better user experience for the visitors.
Analytics
Analytical cookies are used to understand how visitors interact with the website. These cookies help provide information on metrics the number of visitors, bounce rate, traffic source, etc.
Advertisement
Advertisement cookies are used to provide visitors with relevant ads and marketing campaigns. These cookies track visitors across websites and collect information to provide customized ads.
Others
Other uncategorized cookies are those that are being analyzed and have not been classified into a category as yet.
SAVE & ACCEPT

Our expert, Trent McGregor, will be speaking at the Bendigo Sheep and Wool Show on Friday 15 and Saturday 16 July, at 2pm in the Careers and Technology Marquee